Linda Lachina, the invisibles and the Ustica massacre

Giulia Reina and Giuseppe Lachina greet their children before boarding of that plane. They promise the youngest, Linda, to bring her a present upon their return, she who she is angry with them because he wants to fly to visit his grandmother, he wants to fly with his mom. But the tickets have run out, perhaps there are no more even for the Lachinas.

The phone rings at home, two tickets have been found even though the plane will leave late. It is official, from Bologna Giulia and Giuseppe will reach Palermo aboard the DC-9 aircraft of the airline Itavia.

It is June 27, 1980 and Giulia and Giuseppe will never go home again. Linda, Elisabetta and the other two brothers will be orphaned. Today, in the Municipality of Montegrotto, in the Padua area, there is a street and a monument to the Lachina couple, the first in Italy dedicated to the victims of the Ustica massacre. 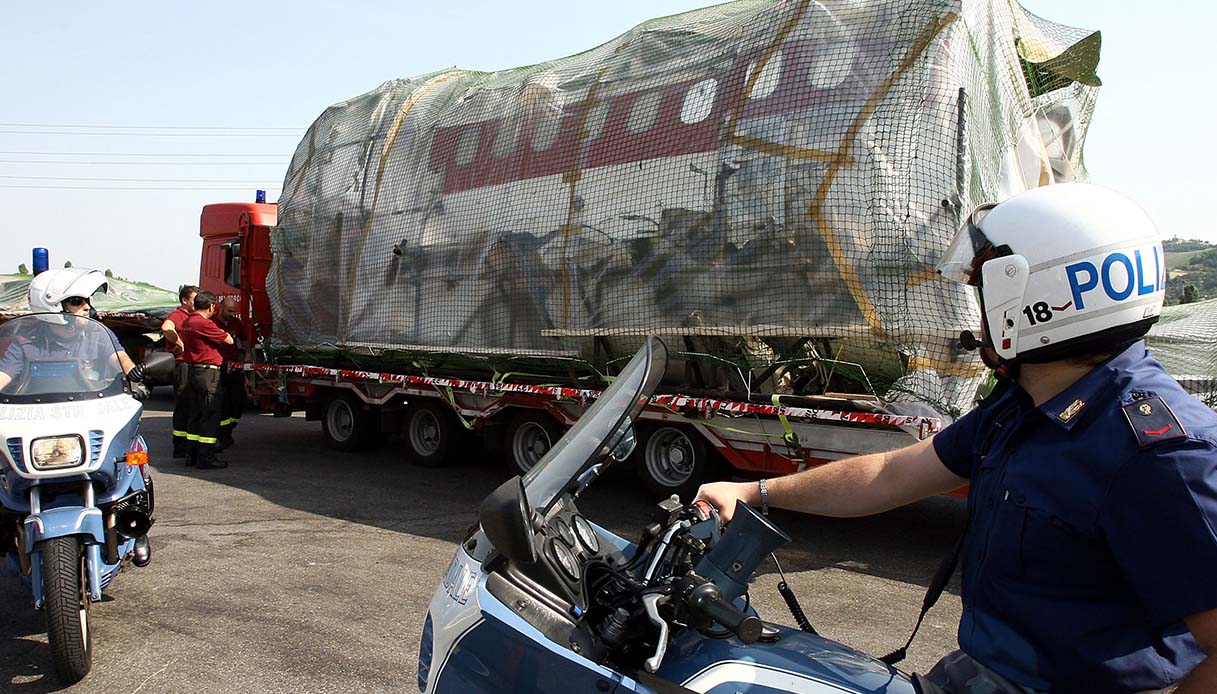 Dear diary, I’m happy, today is June 26, 1980 and I have been promoted. HURRY !!!!! Mom and Dad are very proud of me, they have promised me for months that their gift for the promotion will be to take me with them to Sicily. HURRY !! I did it and I can’t wait to make my first plane trip, even for my parents it’s the first time. Today I called my cousin in Palermo, I told her that in a few days we will see each other, even the grandmother is very happy and can’t wait, and I too am impatient to make this trip.

Dear Diary Today June 26, 1980 there was a change in the program. Mom said that since she couldn’t find a seat on the plane, only the two of them leave with the hope of finding two tickets, promising me a new gift when they return. UFF !!! It’s not right! I am very angry! I don’t want another gift. I cried all afternoon, but my tears only served to make the very sad mom leave. His words to console me were: “you have to look after the family because you are the most judicious”. UFFA! Mom cheated on me, she didn’t keep her word. Promises are not made if they are not kept. I want the promised gift. I want to fly with Mom and Dad. Today 27 left, in the afternoon they phoned to say that the plane was leaving late, they wanted to talk to me, I was so angry that I didn’t go to the phone.

The words of Linda, the youngest of the four children of the Lachinas, resound today in the collective memory as the highest and most painful testimony of that massacre. That letter, published on the website founded by Linda herself in memory of the victims of Ustica, reports the details of the day and all the emotions experienced firsthand by that little girl who was only 13 years old, and could not wait to be able to hug her friends again. his parents.

Dear diary Today June 28, 1980 you will not believe what I will tell you now: Mum and Dad have not yet phoned to say that they have arrived. Here they are all agitated. I don’t believe what I hear, they say the plane has disappeared !! NO! It’s not possible, nothing bad can happen to my parents. I am the little one of the house.

The Lachina family is on high alert: no one has news of Giulia and Giuseppe. His son Riccardo runs to the airport in Bologna to see if his parents’ gold Chrysler is still there, because the hope that their parents aren’t on that flight is the only thing that can keep them alive.

In the Sicilian capital, on the other hand, the other relatives and an American cousin who arrived in Sicily for a few days waited in vain for their arrival, one more reason for Giulia and Giuseppe to take that plane, because they really wanted to spend time all together.

Thus, despite the difficulties in taking the flight without airline tickets booked in advance, unfortunately the Lachina spouses, 50 years old her and 57 him, both photographers, manage to get on board. And on that plane, on June 27, 1980, they will die.

That day the Ustica massacre took place: 81 victims, no survivors and a torment lasting over forty years. 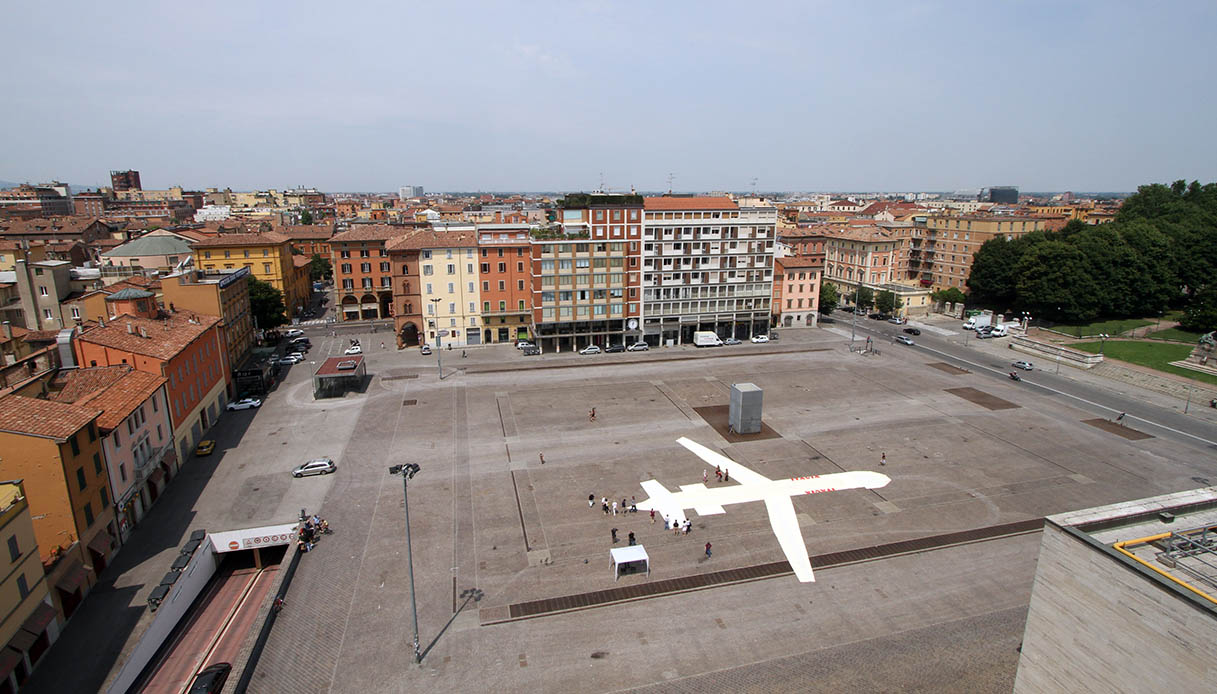 Piazza VIII Agosto, Bologna. The silhouette of the Itavia plane crashed in the seas of Ustica, in the interpretation of the artist Flavio Favelli to remember the 81 victims of the massacre

The Ustica massacre was one of the most dramatic plane crashes in Italian history. Above the arm of the sea, between the Italian islands of Ponza and Ustica, at 20:59, the plane disintegrated and fell into the Tyrrhenian Sea. Of all 81 people on board, including passengers and crew, none survived.

Although they have passed more than 40 years since the massacre, the aspects of the accident have not yet been fully clarified, starting from the dynamics itself. There are many hypotheses concerning the DC-9, the most accredited is that the plane would have been in the line of fire of an aerial combat and therefore accidentally targeted by a missile.

After the first days of news in the media, silence fell quickly on Ustica, nobody talked about it anymore. Except them, i relatives of the victims of the massacre who have struggled to get the truth. Then the investigations continue, albeit slowly and confirmation arrives: a missile exploded near the front area of ​​the aircraft. But the type, provenance and identity remain unknown. With the passage of time, public opinion makes a broad mobilization that leads Parliament to take a direct interest in the affair.

Francesco Cossiga, President of the Council of Ministers at the time of the plane crash, in 2007 attributed the responsibility for the destruction of the aircraft to a French missile destined for a Libyan aircraft. The same thesis was endorsed by the Supreme Court in the civil conviction for compensation to the victims’ families. But the name of the culprits, those, never arrived.

The invisibles of Ustica

The Ustica massacre had a great impact on the media in our country, and beyond. After all, how could it be otherwise. There has been a lot of talk about that plane crash, what an accident it wasn’t. There were investigations, misdirections and acquittals, lies and trials. There was, however, the truth.

The one that the children, parents and all relatives of all the people who died on board that plane are still looking for. The invisibles, because nobody talks about them anymore, nobody gives them what they really want, the truth. But they exist. Even if that day, a little bit, they died too.

In memory of the massacre

Year 1990. Since that sad moment ten years ago everyone has always told me that I was lucky to be so little and that therefore I didn’t suffer too much, but they don’t know that when hope dies, life no longer makes sense. That little girl has grown up, she is now twenty-three, and she still doesn’t know what sense to give to this suffering of hers.

Years have gone by and Linda, first a child and then a girl, is now a woman and a photographer, just like mom and dad. But his life, as well as all those of the “invisible” was not easy. Because they have all been left alone to seek a truth that has not yet arrived today. Alone, but together. So Linda Lachina, together with all the others, became the voice of Ustica’s memory, not to forget. 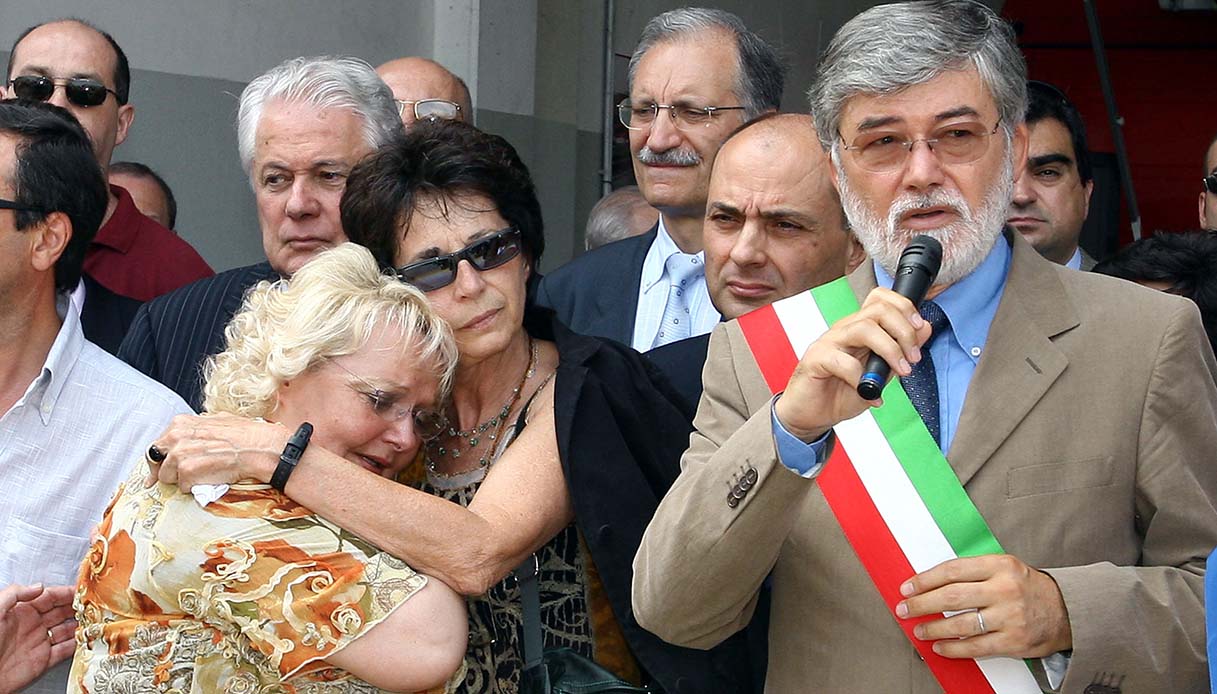 Arrival of the Itavia DC9 of the Ustica massacre at the barracks of the fire brigade in Bologna, 2006

Summer handbags: the trends of the moment

How to recognize and control ketoacidosis in children with diabetes

How to recognize and control ketoacidosis in children with diabetes